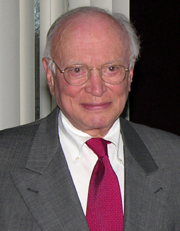 Dr. Soroff assembled the original faculty and defined the leadership role and dynamic character of the department (see, for instance, papers of Clarence Dennis, MD). During the 1980s, he led the department's transformation from a group of "generalists" into groups with more specialized skills both in the clinical areas and in research.

Born in Sydney, Nova Scotia, Canada, on February 2, 1926, Dr. Soroff was the son of a family that had fled Russia and that ultimately settled in the United States.

He grew up in Philadelphia, and received his MD from Temple University there in 1948. He completed his residency training in general surgery at the Western Reserve University Hospital of Cleveland, and completed his fellowship training in cardiothoracic surgery at Mount Auburn Hospital in Cambridge, MA. He was a research fellow in surgery at Harvard Medical School in the late 1950s, then joined the surgical faculty at Tufts University.

Dr. Soroff assembled the original faculty and defined the leadership role and dynamic character
of our Department of Surgery during the early years of the Stony Brook School of Medicine.

During the Korean War, Dr. Soroff served for three years in the U.S. Army where he was the chief of metabolic research of the Army Institute of Surgical Research in San Antonio, TX. He pioneered the development of the understanding of the nutritional requirements of burned patients, and demonstrated that their recovery could be significantly improved by the use of appropriate fluid and dietary supplements.

During the Six Day War in 1967 and the Yom Kippur War in 1973 in Israel, Soroff volunteered with the Israeli army's mobile medical units, furthering his subspecialty in burns.

In addition to the surgical experience that he gained in the treatment of many patients with various forms of cardiac and pulmonary disorders, Dr. Soroff was chief of the thoracic laboratory of Dwight Harken, MD, a leader in the field of cardiac surgery at the Peter Bent Brigham Hospital of Harvard Medical School. He developed a close association with Clifford Birtwell, an engineer, who proposed the concept of counterpulsation as a method of assisting the failing heart.

Among Dr. Soroff's other inventions of which he was especially proud is his steel band for improved sternal closure called Sterna-band, used in cardiothoracic surgery procedures to provide not only effective fixation, but a reduction in both postoperative pain and postoperative hospital stay.

A longtime member of the surgery department staff recalls Dr. Soroff telling him that, when he was 12 years old, he told his mother he was going to be a surgeon when he grew up, and that she replied, "Harry, when grass grows on my hand, you will be a surgeon." This staff member met his mother when she was in her nineties — her name was Fanya (from Russia) — and she confirmed that she did indeed tell him that.

"Dr. Soroff was motivated by such challenges," he adds. "His career as a surgeon and, in particular, his establishment of the Department of Surgery at Stony Brook are a testament to that dauntless, creative, visionary spirit of his."

"He has affected more peoples' lives than is even known," says Steven Sandoval, MD, medical director of the Burn Center. "While on his deathbed, he was still working on research."

Plans are underway to honor Dr. Soroff through the establishment of the Harry S. Soroff, MD, Memorial Lectureship in Burn Care and Research, to be part of our visiting professor program.

Click here to learn more about Dr. Soroff and the early history of our Department of Surgery.