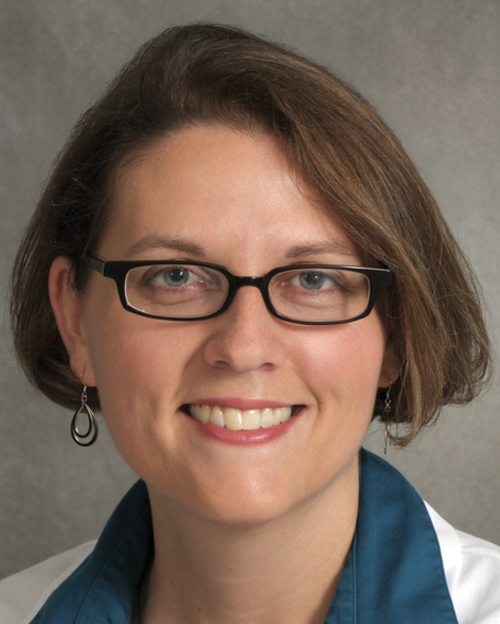 Paula I. Denoya, MD, Assistant Professor of Surgery, Division of Colon and Rectal Surgery, answers questions on what you need to know about this highly treatable and often preventable cancer.

What is colorectal cancer?
Colorectal cancer arises from the lining of the colon or rectum, usually from cells that secrete mucus. In many cases, it starts out as a polyp, which is a premalignant, benign lesion or an overgrowth in the lining of the colon. If left alone, a polyp can grow into cancer. However, with screening, polyps can be detected and removed, thus preventing cancer altogether.

What are the signs and symptoms?
In most cases, colorectal cancer is often symptomless, which is why screening is so important. Some people do experience telltale signs, however, which include blood in the stool, a change in bowel habits, a change in the size, shape, or caliber of the stool, abdominal pain, and weight loss. Anyone experiencing these symptoms should speak with their primary care physician.

Who is at risk?
According to the American Cancer Society (ACS), colorectal cancer is the third most common cancer in men and women. Gender does not seem to be a factor, but age is, and risk increases after age 50. People considered to be at higher risk include those with a family history of polyps, colon cancer, or uterine cancer; individuals with inflammatory bowel disease; anyone with a personal history of polyps; and persons with inherited syndromes such as familial adenomatous polyposis and hereditary nonpolyposis colorectal cancer. The ACS recommends that people undergo screenings starting at age 50, with a follow-up every 10 years if no polyps are detected. Individuals at high risk should start screenings earlier and have more frequent follow-ups.

How is it detected?
Colonoscopy is considered the gold standard because it is the only test that can identify and treat polyps in the entire colon. Further, if a polyp is detected during screening, it often can be removed and biopsied at that time, eliminating the need for additional procedures. While people often dread undergoing a colonoscopy, it is important to know that recent changes make it a gentler experience. For example, Stony Brook uses many different kinds of bowel preparations—some are even in pill form. The patient’s physician will determine which preparation the patient will best tolerate. In the past, patients remained awake for the procedure, but now, with innovations in anesthesia, patients undergo a short, fast-working, and deep sedation that has minimal side effects including no memory of the procedure.

Are there additional screening methods?
Stony Brook offers additional screening methods, including flexible sigmoidoscopy, barium enemas, fecal occult blood testing, and CT colonography, also known as virtual colonoscopy. This latter method, while less invasive because it uses a CT scan to look at the lining of the colon, still requires bowel preparation. It is generally used with patients who may have an existing colon blockage or for whom a colonoscopy carries risks, for example, from anesthesia. Unlike a colonoscopy, in which a polyp can be removed during the screening procedure, during a virtual colonoscopy, if a polyp is detected, the patient will need an additional procedure to treat and biopsy it.

If cancer is detected, how is it treated?
Colorectal cancers respond well to treatment, and often treatment is relatively uncomplicated. About 30 percent of cases can be treated with surgery alone. Cancers in later stages respond well to chemotherapy and radiation, and overall, the five-year survival rate approaches 65 percent.

What distinguishes Stony Brook’s approach?
Stony Brook Medicine offers the latest protocols and treatments for colorectal cancers—delivered by a multidisciplinary team—including the new transanal endoscopic microsurgery, a less invasive procedure than the traditional approach for reaching lesions high up in the rectum. In the near future, Stony Brook will use the da Vinci® robotic surgical system for rectal cancer surgeries.

Stony Brook is also working to advance the practice of medicine through clinical trials and testing. It currently is participating in a multi-institution trial run by the American College of Surgeons Oncology Group to pioneer a minimally invasive laparoscopic treatment for rectal cancers.

If you are over age 50 and have not yet had a colonoscopy, schedule one soon by calling Stony Brook’s Direct Access Screening Colon­oscopy Program at (631) 444-7523.