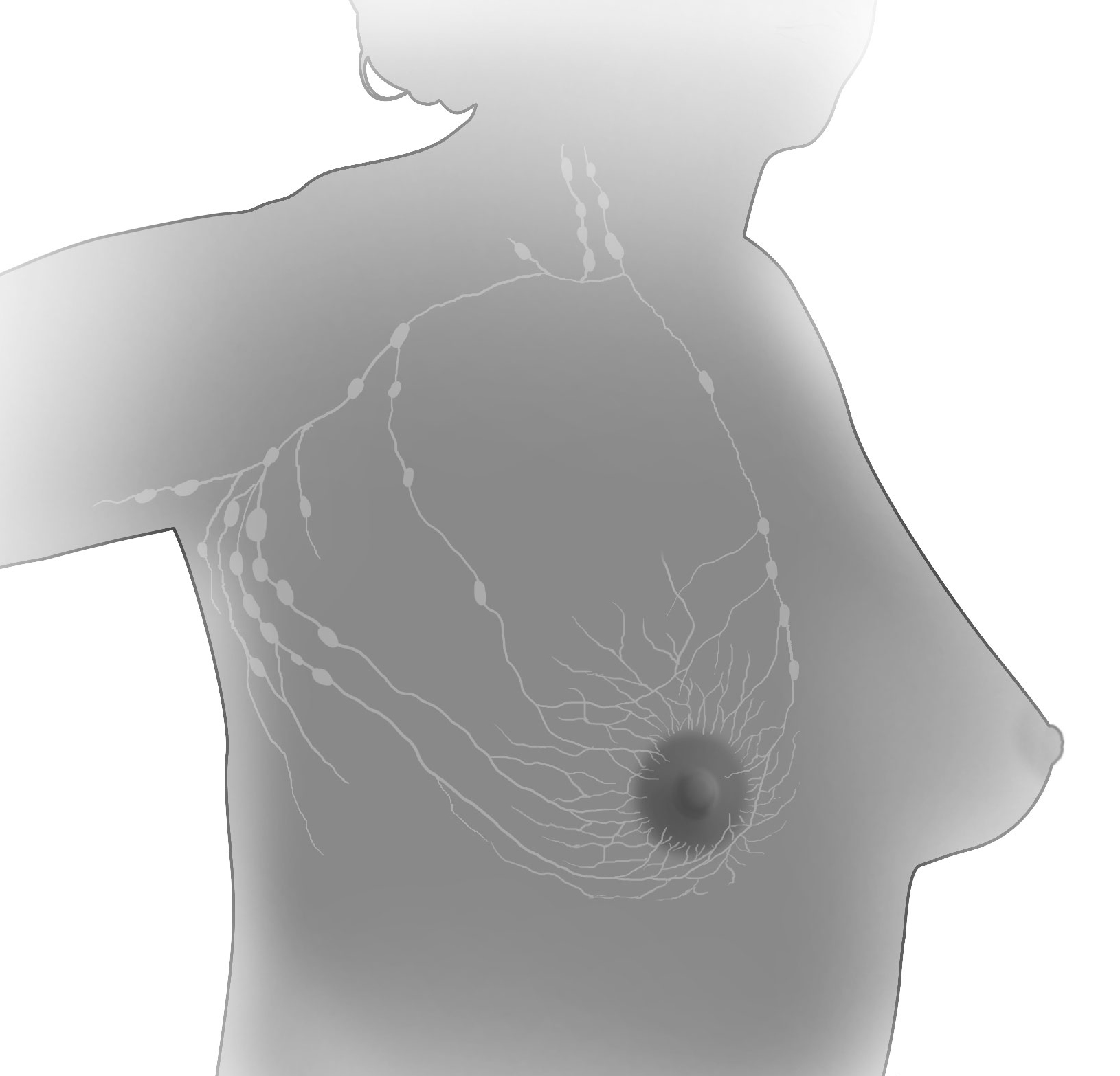 As the issue of the safety of breast conservation was laid to rest, breast cancer researchers shifted their focus to the treatment of the axillary (underarm) lymph nodes. These nodes, which are part of the lymphatic system that removes wastes from body tissue, may be the first place affected when breast cancer begins to spread.

Axillary nodes are routinely removed during breast cancer surgery in order to determine whether or not the cancer has spread to them. Additionally, removing the lymph nodes greatly reduces the chance of tumor recurrence in the underarm area.

However, today as many as 70% of patients with breast cancer have nodes that are free of tumor.

This dilemma has led researchers to develop a less invasive procedure that would accurately determine whether or not the axillary nodes are affected by cancer, without having to remove them all. The newly developed procedure is called sentinel node biopsy.

Sentinel node biopsy enables the surgeon to identify and remove the first draining lymph node — the "sentinel" node — in the underarm area. The status of this representative node is then used to assess the health of the remaining nodes.

Clinical studies have confirmed that sentinel node biopsy is an accurate predictor of whether or not the cancer has spread to these remaining nodes (see published studies by O’Hea et al., Schrenk et al., and Peintinger et al.).

In the Operating Room

In sentinel node biopsy, a small amount of radioactive dye is injected into the breast around the site of the cancer. This test helps to determine the location of the lymph nodes that are draining the breast cancer. The amount of radioactivity is very small, less than that used for a chest x-ray or a bone scan, and generally does not cause any problems.

In the operating room, a small amount of blue dye is injected around the tumor as well. Both the blue dye and the radioactive dye travel towards the patient's underarm via lymph vessels, helping the surgeon to find that first draining lymph node.

Next, the surgeon uses a geiger counter-like device (probe) to locate and count the small amount of radioactivity injected earlier, which is now trapped in the first draining axillary lymph node (sentinel node). An incision is then made in that location, and the sentinel node, identified by both the gamma probe and the blue dye, is removed.

"It has been shown to be a safe and accurate alternative to full axillary surgery in patients with breast cancer, and constitutes an important advance in breast cancer surgery."