During the 1920s, a doctor named George Papanicolaou made the discovery that malignant tumors 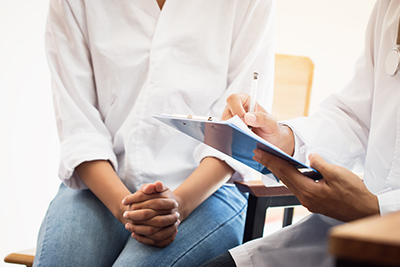 of the cervix shed cancerous cells into the vaginal fluid. He then developed a quick and simple test (the Pap smear) to detect the presence of these abnormal cells. The term Pap smear has been derived from Dr. Papanicolaou's name.

Hamptons Gynecology and Obstetrics utilizes the most up-to-date Pap smear available, called ThinPrep. This liquid medium enables the pathologist to look at the cells obtained from the specimen in a single layer, thereby assuring a more accurate result.

If a minor abnormality is detected in the specimen, an additional test is automatically performed called the HPV assay. This checks for the presence or absence of the human papillomavirus (HPV) which is extremely common and may cause changes in the cells of the cervix leading to the abnormal Pap result.

The presence or absence of HPV helps the gynecologist determine the type of follow up testing and/or treatment that the patient may need.