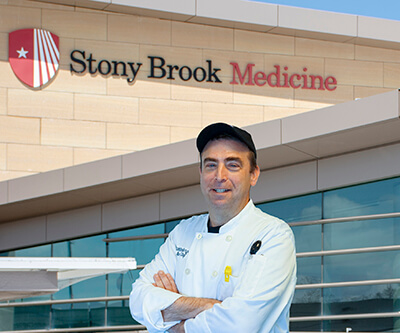 Passion is an Ingredient We Can Taste

He earned his AAS in Culinary Arts from Johnson & Wales University and a certificate in European Food, Wine and Travel from Ecole Hôtelière de Lausanne in Lausanne, Switzerland. He received a Bachelor of Science degree in Hospitality Administration from University of Nevada - Las Vegas. His career began working on the Las Vegas strip as a chef at world-renowned casinos such as the Rio All Suite Hotel and Casino, MGM Mirage Properties, and the Hilton. After starting a family, he moved to Southern California where he began a career in the school food service industry.

Chef Jim is an award-winning chef, recently recognized by Stony Brook University for his support and outstanding contributions to the Black History Month and Hispanic Heritage Month cultural programs. He worked closely with the committees and the interim Chief Diversity Officer to develop recipes and menus at dining locations and at cultural events throughout campus.

« back to Our Team