For more than 30 years, South Bay OB/GYN has provided comprehensive obstetrical and gynecological care for Long Islanders. Our team of experienced physicians and nurses offer complete care for women of all ages. In a warm and comfortable atmosphere, our new state-of-the-art office facilities provide the latest in health care technologies. Our staff is pleased to provide personal care to meet all of your obstetrical and gynecological needs. 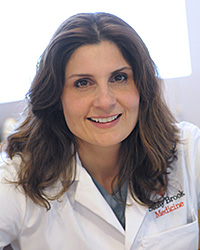 Dr. Ammirata is an attending in obstetrics and gynecology at Good Samaritan Hospital and South Shore University Hospital.

Dr. Ammirata is board certified in obstetrics and gynecology and is a Fellow of the American College of Obstetricians and Gynecologists. She is also a member of the American Medical Association.

She is married and has two children and enjoys running and gourmet cooking. She is also conversant in Spanish and Italian. 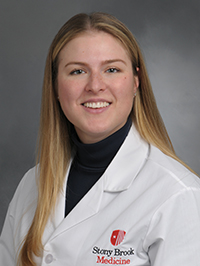 Dr. Guta received her medical degree from the New York Institute of Technology College of Osteopathic Medicine in Old Westbury, New York. She completed her residency in obstetrics and gynecology at Good Samaritan Hospital.

Dedicated to staying up-to-date on advancements in her field, Dr. Guta has published research publications on prenatal, neonatal, and maternal health outcomes during high-risk pregnancies. She also has expertise in minimally invasive, laparoscopic and robotic surgery. 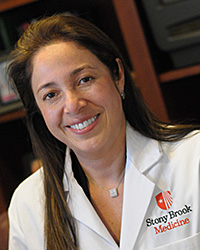 Dr. Hernandez is board certified in obstetrics and gynecology and is an attending physician at Good Samaritan Hospital and South Shore University Hospital. She has hospital privileges at Mount Sinai South Nassau Hospital and St. Catherine of Siena Medical Center.

After graduating from the University of Valle in Cali, Colombia, Dr. Hernandez completed her residency training as chief resident in obstetrics and gynecology at New York-Presbyterian Lower Manhattan Hospital in New York City. She has special interest and training in adolescent medicine and sexual dysfunction.

Dr. Hernandez has participated in several community services including shelter for the homeless and as a swimming instructor for handicapped and deaf children. She enjoys horseback riding, scuba diving and freelance writing for local newspapers and magazines. 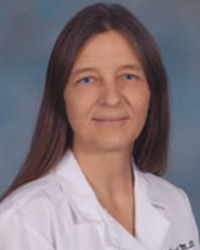 Dr. Jurak is board certified in obstetrics and gynecology and is an attending physician at Good Samaritan and South Shore University Hospital. Dr. Jurak holds a Doctor of Medicine degree from the Latvian Medical Academy, Riga, Latvia, and a Doctor of Osteopathic Medicine from the Ecole Supérieure d'Ostéopathie, Paris, France.

Prior to her move to the United States, she worked as an attending physician in both obstetrics and gynecology and emergency medicine. She was also the founder and director of the Latvian School of Osteopathy, teaching osteopathy to physicians internationally. After her move to New York, she completed her residency in obstetrics and gynecology at Queens Hospital Center (Mt. Sinai School of Medicine), during which time she obtained a diploma in minimally invasive gynecological laparoscopy through the Université d´Auvergne in Clermont-Ferrand, France. She also traveled to Nicaragua on a humanitarian mission through the organization Cristo Sana.

Her professional interests lie in comprehensive women's health, with an emphasis on obstetrics as well as a full-spectrum approach to the management of pain conditions, including the use of manual medicine and exercise. Additionally, through her background in academic science and research, she has authored several studies, including "The Role of Connective Tissue in Osteopathy" and "Methotrexate in Treatment of Ectopic Pregnancy".

Dr. Jurak is fluent in several European languages including French, Russian and Spanish. Her free time is unevenly distributed between her family, painting, gardening, yoga, interest in basic sciences and history of art and perfume. 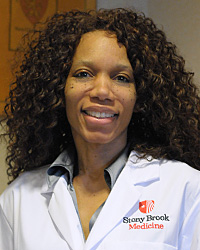 Dr. Lockhart is a board-certified obstetrician and gynecologist and serves as attending in obstetrics and gynecology at Good Samaritan Hospital and South Shore University Hospital.

After graduating from Dartmouth College in Hanover, New Hampshire, she obtained a postgraduate degree at Columbia University in New York City. Dr. Lockhart then obtained her medical degree from Harvard Medical School. She has performed clinical research on the topics of morbidity and mortality of very low birth rates, HIV, STDs and cervical cancer in pregnancy, epilepsy and infertility, developmental outcomes of extracorporeal membrane oxygenation (ECMO) babies and myasthenia gravis. 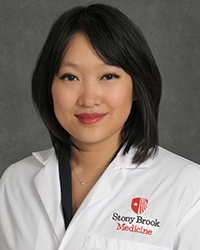 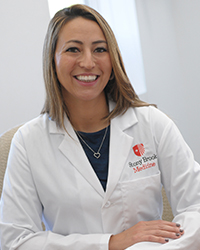