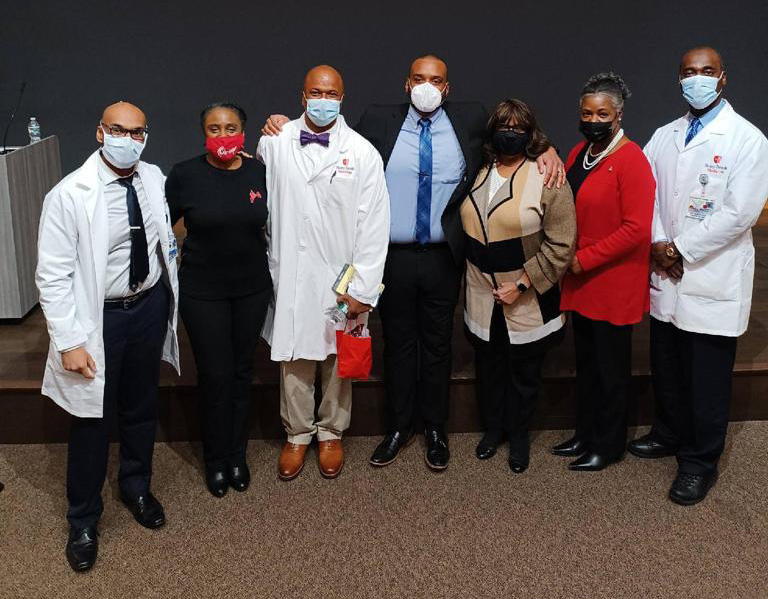 The premise of the film is that if more young Black males see more Black male doctors, they will say, “I can do that, too.” The importance of having more Black physician role models has reached crisis proportions. Today, Black men have the lowest life expectancy in the U.S. while only 2 percent of doctors in the U.S. are Black men. It’s a message that parents and educators. middle school and high school students, undergraduate and medical students, and the entire community need to hear, see, learn from and act upon. 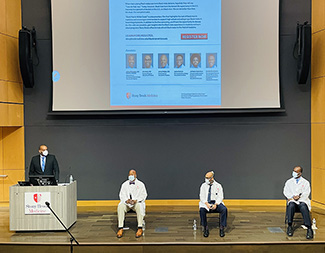 Panelist Jedan Philips, MD, sharing his life experiences, positive influences and wisdom gained along the way that led him to fulfill his childhood dream of becoming a doctor. 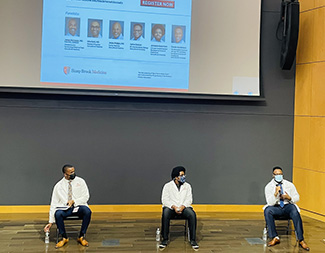 Panelist Aaron Duncan, BS, SBU ’21, recalling moments of self-doubt and setbacks along the way that were overcome through perseverance and with the encouragement and support of people who believed in him. 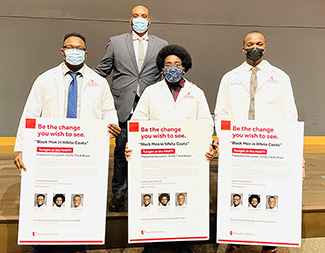 We Can Help Stop the Fourth Grade Failure Syndrome

Did you know that there’s something known as the “fourth grade failure syndrome” where up until that point, young Black males display similar levels of confidence and aspirations as their white male counterparts? Then around fourth grade, as kids become more aware of racial differences, and whether through micro-aggressions or macro-aggressions leveled against young Black males, their confidence levels tend to plummet without continual affirmation and positive reinforcement at home, school and within the community. The film addresses what we can do to to help raise our young Black males to be empowered, confident young Black men who see possibilities instead of obstacles and who look to the field of medicine as an attainable goal. The return on that investment benefits us all.

Two evenings of insightful, related panel discussions were also hosted to discuss the film and gain insights into the Black male journey leading to medical school and experience in the field of medicine. Featured were six of Stony Brook’s own “Black Men in White Coats.” While each panelist’s path was unique, there were common threads throughout. The panelists also touched upon some of the programs that Stony Brook offers to help attract Black males into the field of medicine.

Perhaps Dr. Phillips (panelist) summed up the potential impact of events like this best, when he told of an encounter he experienced as he left the auditorium after Monday evening's panel discussion. "I was approached by a Black father and his 10 year-old son and the father told me that his son was an exceptional student and wished to become a doctor," said Dr. Phillips. "He then asked me to take a photo with him with my white coat on. I told the young man that I'm going to need a doctor in 15 years and I wish for it to be him. Seeing it makes becoming it more of a reality."