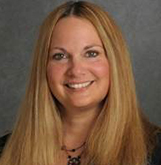 Welcome to my blog. I am Carol Gomes, Chief Executive Officer of Stony Brook University Hospital. I'll be sharing the latest news and achievements regarding SBUH in my bi-weekly postings. This blog is designed to be a two-way, ongoing conversation with the faculty and staff of the hospital. I welcome your comments and hope to hear from you soon! --- Carol

Code Lavender - Caring For Our Caregivers

Staff on the front lines of patient care are often vulnerable to burnout and stress. According to the American Institute of Stress, compassion fatigue, or secondary traumatization, is an emotional state often experienced by caregivers who experience adverse or unexpected patient events. These “second victims” often feel personally responsible for the patient’s outcome and question their knowledge and competence, leading to their own personal distress.

In May of this year, the Code Lavender Pilot Program was initiated in the Maternity and NICU units, with the goal of providing support for caregivers experiencing compassion fatigue and to increase awareness of the impact of adverse events on staff and the need for support and respite.

First developed by the Cleveland Clinic and launched in 2008, Code Lavender is a holistic care rapid response program to help caregivers in need of a calming influence after a stressful situation, such as a difficult diagnosis or the loss of a patient. As the word CODE suggests, a Code Lavender is accomplished by a rapid response team. This rapid response team is not, however, answering a call related to a physical emergency; it is a response to a spiritual or emotional trauma that exceeds normal levels. The word LAVENDER is used because studies have shown that the use of lavender has a calming influence in the presence of stress and anxiety.

Members of the Code Lavender team include hospital chaplains, physicians, social workers, nurses, a psychologist and a psychiatry NP, as well as staff from patient advocacy and employee assistance. Each of these individuals is trained to provide support to a person or persons in immediate need. When a Code Lavender is initiated, the team responds as quickly as possible. This enables the Code Lavender response team to offer supportive interventions for those who need immediate assistance. The team will then provide a “delayed response” in order to emotionally debrief and help restore a level of emotional, spiritual or psychological stability. If deemed necessary, the Team will then plan a “debrief” for several days later and invite those affected to attend. The staff then has an opportunity to be paired with a therapist or EAP who can further assist them.

There are numerous circumstances for which a Code Lavender might be indicated, such as an adverse patient outcome, personal distress or group distress over the death/illness of a patient or colleague, or a high-acuity census. If an individual staff member is in need of support, they can initiate a “silent code” in which only the chaplain and psychology team will be aware of their needs.

Code Lavender uses evidence-based relaxation and restoration interventions to help people meet their immediate patient care responsibilities, while attending to their own needs. Since the pilot program began, more than 14 Code Lavenders have been called in Maternity and NICU. Currently, the program is only offered in those two units; however, the goal is to expand the pilot to additional units. Team Lavender is developing a rollout plan with our leadership team.

Code Lavender adds to the healing environment of a hospital. It sends a message to staff that self-care is not merely touted as something staff should do on their time off; it’s enabled and valued as part of a healthy working environment. The administrative support for the pilot program illustrates its value to patients and caregivers. One of the most compelling aspects of the initiative is the improvement in interdepartmental relationships between the NICU and the Maternity units. The units have collaborated to host events for staff such as an ice cream social, pet therapy and reiki sessions.

In a healthcare environment filled with new projects, metrics and ideas, our caregivers often put patient care before self-care. Code Lavender is a way to provide ongoing support and ensure that caring for our caregivers is, and always will be, central to our success.