What You Need to Know About Breast Imaging 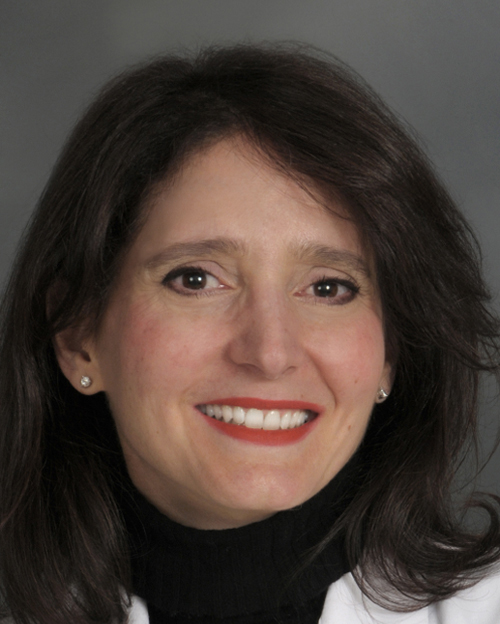 Statistics indicate that one in eight females will develop breast cancer in her lifetime. While we cannot predict who will develop the disease nor can we prevent the disease, we can detect breast cancer in its early stages when it can be most effectively treated. Stony Brook Radiologist Dr. Roxanne Palermo talks about your best defense: appropriate screenings.

Are there differences in mammography technology in terms of accuracy of detection?
The detection rate of cancer by mammography is not simply a function of the test itself. It is also a function of the skills of the radiologist interpreting the mammogram. Detection rate of cancer is improved when dedicated subspecialists (radiologists specializing in breast imaging) who possess the skills and expertise to detect earlier and more subtle manifestations of the disease interpret mammograms. This is true for other breast imaging exams as well, including breast ultrasound and breast MRI. When breast cancer is detected in its earliest stages, patients typically require less aggressive treatment and have better outcomes and improved survival rates.

What new technology can be used for early detection of breast cancer?
Breast tomosynthesis or 3D mammography, as it is more commonly called, has been shown to improve accuracy and cancer detection rate by up to 40 percent. In addition, it can substantially reduce the number of patients called back from screening exams for additional imaging due to perceived findings or abnormalities. This is because 3D mammography reduces or eliminates the problem of tissue overlap encountered with 2D imaging. The Carol M. Baldwin Breast Care Center at Stony Brook University Hospital was the first on Long Island to offer digital screening mammography and, in 2007, one of only few sites in the world to have a 3D tomosynthesis unit, which was used for research purposes.

Stony Brook, in collaboration with the manufacturer of the unit and other leading institutions, was part of a multicenter trial for testing and developing clinical applications for screening digital breast tomosynthesis. In fact, Stony Brook helped to develop the imaging detector used in all current 3D tomosynthesis units. Additionally, cutting edge, state-of-the-art dual energy contrast enhanced breast tomosynthesis is now being offered at our center, currently one of only two sites in the world. This  test is a good alternative to patients who are unable to have breast MRI.

Are there other breast imaging advances I need to be aware of?
Another technologic advance is 3D automated whole-breast ultrasound, which is ideal for women with dense breasts. Dense breasts may make cancers harder to detect and place individuals at increased risk for developing breast cancer. 3D automated ultrasound uses a specialized transducer, which is positioned on each of the breasts by the technologist after a thin film of lotion is applied to the skin surface. The entire exam of both breasts takes approximately 10 minutes. The images are then reviewed by the radiologist on a dedicated workstation.

Where can I find this advanced technology?
Stony Brook Medicine has one of the few automated whole breast ultrasound scanners on Long Island. Conventional handheld wholebreast ultrasound is also performed at our Center by dedicated and highly skilled sonographers (technologists) and reviewed by the radiologist for abnormalities before the patient leaves the Center. For our patients with dense breasts, we also offer combined mammography and ultrasound, because we know that more cancers in women with dense breast tissue can be found with combined mammography and ultrasound than with mammography alone. However, for women with dense breast tissue at high risk for breast cancer, we instead recommend supplemental breast MRI, a more sensitive exam, which is also done at our Center and interpreted by breast imaging specialists.